Pearson and Spearman Correlations in R

In a previous post we explained the concept of correlation between two variables and specifically discussed for Spearman and Pearson correlations. Here, we will have a practical example using R language.

With the following script we create a scatter-plot derived from two columns of the mtcars dataset depicting the relationship of weight(wt) and miles per gallon(mpg). 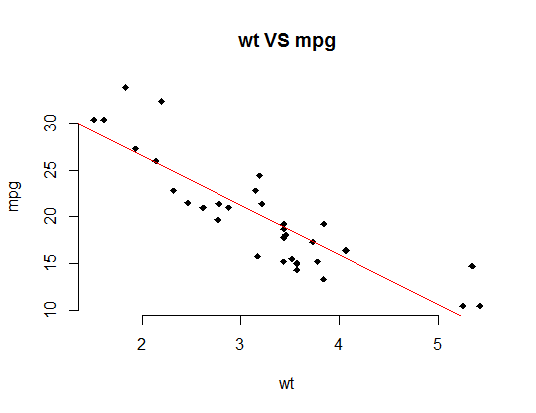 Pearson correlation is a parametric correlation and can be used only when x, y come from a normal distribution. In our example, we can test this assumption using the Shapiro-Wilk normality test.

Calculating the Pearson and Spearman correlations with the following lines, we have:

Both of these metrics indicate strong correlation between weight and mpg variables of the mtcars dataset. Spearman has a slightly higher value since it captures the monotonic relationship and not strictly the linear relationship.

× How can we help you?
Econometrics Tutors uses cookies to improve your site experience: Find out more.